The IDE has a new drop-down menu that lets you quickly select which device you’d like to deploy your app to. This menu also includes a new option that lets you run your app on multiple devices at once.

The IDE now better detects when Gradle periodically clears your build cache when reducing its hard disk consumption. In previous versions, this state caused the IDE to report missing dependencies and Gradle sync to fail. Now, the IDE simply downloads dependencies as needed to ensure that Gradle sync completes successfully.

Similarly, you can now delete a constraint by selecting it and pressing the Delete key. by holding the Control key (Command on macOS) and clicking on the constraint anchor. Note that when you hold the Control or Command key and hover over an anchor, any associated constraints turn red to indicate that you can click to delete them.

When a view is selected, you can create a constraint by clicking on any of the + icons in the Constraint Widget section of the Attributes panel, as shown in the following image.

Creating a constraint for an overlapping component in Android Studio 3.4.

Creating a constraint for an overlapping component in Android Studio 3.5.

You can now specify both the active build variant and active ABI in the Build Variants panel. This feature simplifies build configuration per module and can also improve Gradle sync performance. 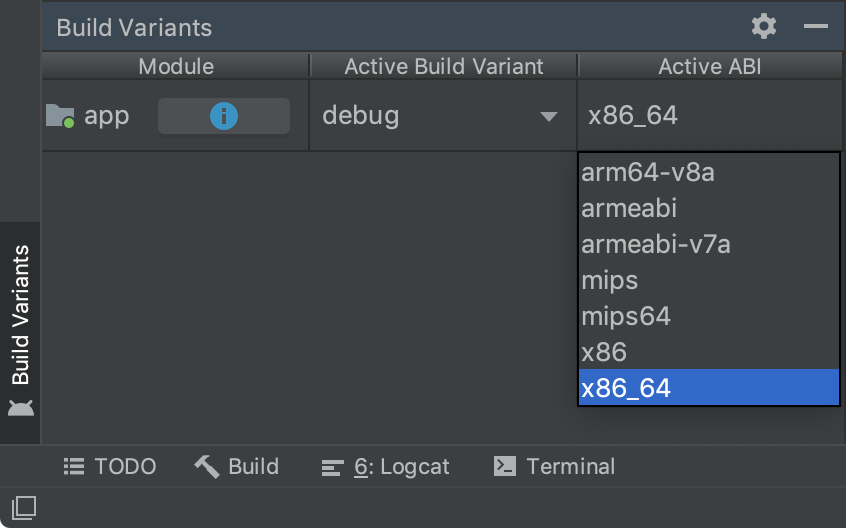 Side-by-side versions of the NDK

When editing XML code, the IDE might apply an incorrect code style when you select **Code > Reformat Code** from the menu bar. To fix this issue, reset the appropriate Android code style as follows: